Summer officially ended on September 22. As I write this, one week into the fall season, Phoenix topped out at 104° F. Mother Nature may be conflicted, but we’re not.  We have no problem recommending these cool drinking spots for the (eventual) fall season. It’s Top Taps for fall 2018. 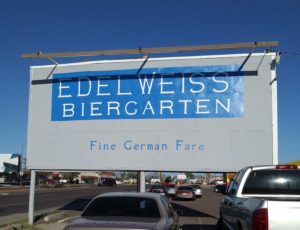 Edelweiss Biergarten-Phoenix. This German-centric bar/restaurant took over the old Wagon Yard bar on Bell Road in north Phoenix in early September. As part of the revamp, they scrapped the old beer list in favor of German lagers, pilsners, wheat beers, and märzens (it is Oktoberfest time after all). Enjoy a cold one in the remodeled ‘garten’ area of the restaurant, once it cools off, of course. Of special note is Czechvar, a Czech Premium Pale Lager, otherwise knows as “The Original Budweiser”—just put on tap this week. Get it while you can. 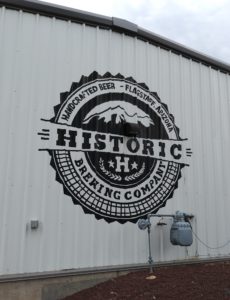 Historic Brewing/Historic Barrel+Bottle—Flagstaff. Dark Sky Brewing in Flagstaff may hold the record for the greatest number of eclectic beers in Arizona’s northern half, but Historic certainly brews more quality beers than anyone else. Their taproom, located near the outskirts of Flagstaff, is one of the hippest places in town and they pour upwards of 18 different brews, going well beyond their eight core brews. Closer to town, Historic has opened a fuller gastro-pub, called Barrel + Bottle. Head up the mountain before snow blankets the city and makes driving a slushy mess. 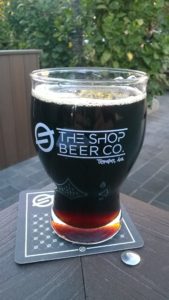 Shop Beer Company—Tempe. With temps cooling in the valley (eventually), Shop Beer has the perfect patio/garden for hanging out and sipping a cold one. In addition to their typical dark beers Coffee Brown and Dark Adrenaline, the winter season means the return of their awesome Galactic Porter Patrol. I can’t wait!