Bottom Line: Grabbing a pint in a mini-mall in “Pleasantville”

12 West Brewing is located in the Barnone section of the Agritopia neighborhood of Gilbert. Agritopia aims to be a somewhat of a self-sustaining community, where its residents can live, learn, practice a trade, shop and eat without leaving the confines of said community. There’s a restaurant, farm, K-8 school, community garden, dog park, various “tradecraft” shops as well as single family residences and “Generational” condo-style homes for older residents all within Agritopia’s borders. It just seems to be a perfect little community.

Pop culture has given us plenty of “pull back the curtain of idealism to reveal the true horror of suburbia” stories (read: Stepford Wives, Ben Folds/Rockin the Suburbs/Over the Hedge, Donnie Darko, etc.) so right off the bat, I’m skeptical. “Agritopia” sounds too much like a movie title to ignore. Its homes spiral out from the traffic circles in symmetrical patterns, lawns perfectly manicured. The parking lot closest to the brewery features perfectly laid asphalt, except where you actually park. That’s quarter-minus gravel under your wheels, presumably because Agriptoia doesn’t want oil dripping on the concrete. I half expected a sign with a roll of paper towels attached that read, “Please clean up after your car.”

It’s admirable that Agritopia aims to be self-sustaining. No problem with that. We need to use resources smartly. But the uber-idealism of the community seems at odds with the messy intra-communal nature of craft beer. Planned communities/gated communities/HOA communities at their heart are designed to keep people out. Keep the riff-raff at bay. Don’t live here if you aren’t one of us.

What seems out of place here is the beer.

The modern craft beer explosion has served to revitalize communities by facilitating community itself. Craft beer taprooms have given old neighborhoods new identities by bringing people together. At the same time, breweries serve to link multiple diverse neighborhoods together. Craft beer is a close-knit community, with brewery collaborations the norm and social media campaigns designed to encourage patrons to visit new taprooms. Ideally, 12 West could be a calling card—an invitation to not just visit the brewery, but the community. I’m not sure I get that vibe. 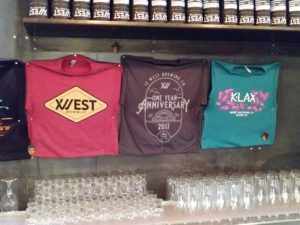 12 West’s slogan (at least a slogan that appeared on a T-shirt) is “Crafted for the Community.” I guess I am wondering what community they are aiming for. If 12 West aims to serve Agritopia exclusively, well, good for them. Seems to fit the model of the planned community. I mean, they have a school, restaurant, and a condo for grandma…why not a brewery?

But, if they are aiming for the larger Gilbert/Phoenix market—and given that they distribute to various bars and gastropubs around the city, it seems like it—any visit to the brewery means one has to traverse onto Agritopia’s perfectly raked gravel. It just seems a conflict of philosophies.

Based on 12 West's website, it seems that they are leasing space from Barnone and Agritopia. So, it might be safe to say that they themselves are outsiders. Hopefully, they can break free of the perception that Agritopia is for Agritopians only. I guess in a finely crafted neighborhood like Agritopia, one would expect to be drinking wine instead of beer. Oh, wait…at Barnone, there IS a winery too.

Barnone [Bar-None? Barn One?] is a large barrel-arched building that houses multiple “trade/craftsman” shops at Agritopia in Gilbert. 12 West is one of those shops. The building itself is like a mini-mall. From the west side entrance, you find yourself in a small hallway featuring a cluster of shops. 12 West occupies a small space at the southern end of the hallway. There’s no entrance door…the hallway just leads to an open space. 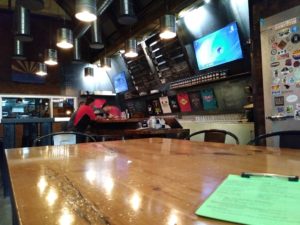 Standing in the middle of the 12 West taproom, you will find the kitchen and a food service counter on one side and a bar on the other. The food service side features seven to eight standard tables; the bar section features a few high-top tables along with rail seating and maybe eight seats at the bar itself. There is seating outside, with a patio facing Ray Road shaded by multiple trees.

For a brewery on a working farm, the farm décor is kept to a minimum. No tractors, no farm implements. The taproom is fairly simple, with a rustic/quasi industrial vibe. There are a few TVs and some board games available. The beer itself is…a work in progress. 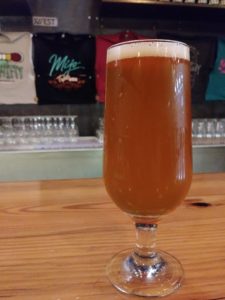 I’ve written elsewhere that their “K-Lax” hazy IPA is one of the lesser NEIPAs in town. The Triple IPA “Mijo” is fair, but I’d rather have Shop Brewing’s “FYITM” any day. The “Yuuuge” Lager is likewise fair, but again, there are other, more tasty options in town. Pints run $6 during normal hours. Flights available for $11. 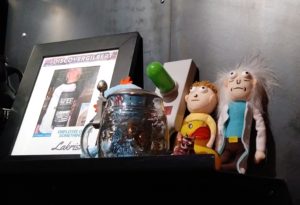 On my way out of the taproom, I spotted a "Rick and Morty" stuffed doll set. That's a good sign and offers hope for 12 West going forward. 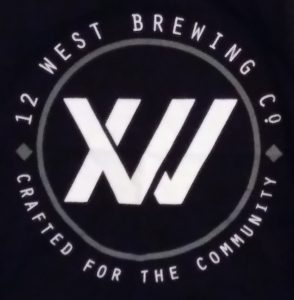 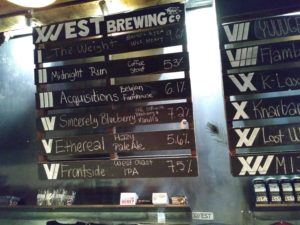 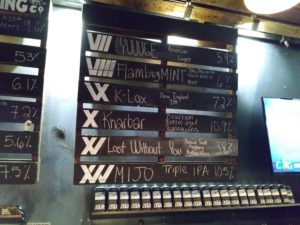 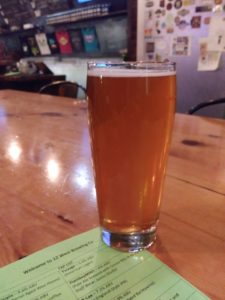 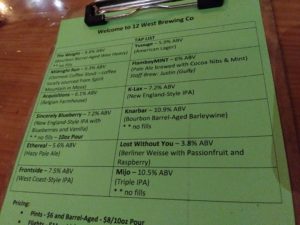 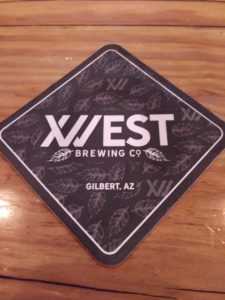