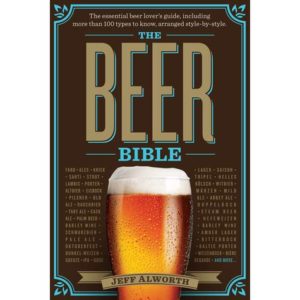 I found Jeff Alworth's The Beer Bible in Bookman's in Flagstaff recently and it has proved to be one of the best beer books on the market. In addition to being incredibly readable, it contains tasting notes, history notes, and commercial examples for every style imaginable. Everything you need to know is in ONE place! This is my new "go to" beer book. Bible, indeed! 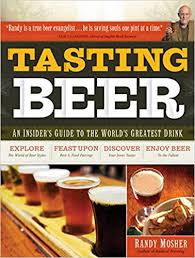 Randy Mosher's Tasting Beer is considered THE bible for understanding beer--its history, how it is made, styles, how they should taste.  It's required reading for those studying for the Certified Cicerone® exam. My one complaint is that it seems to jump around too much topically. 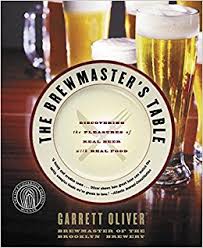 The Brewmaster's Table by Garrett Oliver, Brewmaster for Brooklyn Brewery. I picked this up recent because I am trying to learn more about pairing beer with food. It is quite the tome...much larger than I expected. The first section is a great review of beer ingredients, but the second section, and what appears to be the lion's share of the book, is devoted to food that pairs with particular styles. 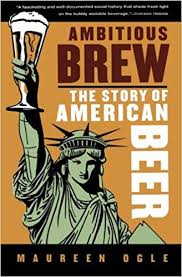 Ambitious Brew by Maureen Ogle recounts the history of major U.S. beer producers, including Anheuser-Busch, Miller, Schlitz, and Pabst. [The last two chapters are dedicated to Maytag and Anchor Brewing and the rise of the craft beer movement.]

Ogle largely focuses on the business side of these beer barons' rise to prominence, but along the way, careful readers will catch interesting tidbits about beer styles and beer regulation, elements required as part of the Cicerone® exam. 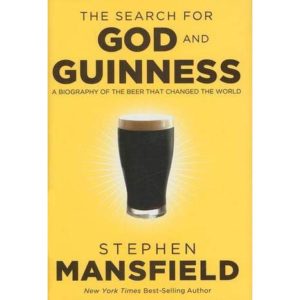 The incredible story of Arthur Guinness and how he used beer not simply to make money, but to make the world around himself a better place.

Other Arizona-related resources for studying beer...

AZ Food and Beer. An expansive site with lots of multi-media content and links to other AZ beer content (like brewers' blogs), but it doesn't look like it is active anymore. Most articles are several months (even years) old.

Brewing Arizona. Homepage for Ed Sipos' book about the history of brewing in Arizona. If you read this site thoroughly enough, you would know that Brewing Arizona was extremely influential in helping me understand the scope of the beer scene in AZ.