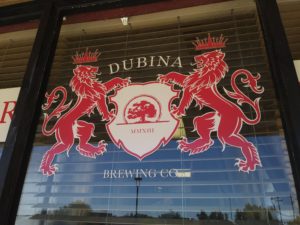 Dubina Brewing, one of the oldest craft breweries in Glendale (and one of my favorite west valley haunts) has been sold. As of Friday, October 25, 2019, Dubina was officially acquired by “Throne. Brewing Company.” [That’s not a typo…the period is included.] Throne. Brewing will occupy the same space Dubina did along 67th Avenue, north of Bell Road.

I visited Dubina on Thursday the 24th and it was business as usual. There was no indication of a coming change. However, I knew something was up the next day when Untappd listed Dubina as “Closed” and I received a push notification from Throne indicating they had just tapped a dozen beers from Dubina. 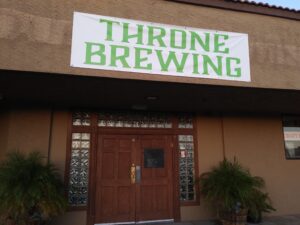 I made a point to go by Dubina—ahem, Throne. Brewing—today to see if they had any Dubina merch left over. I was told that all they had were 64 ounce growlers (which I already own) and frisbees. New signage is already going up and Throne T-shirts and branded glasses are in use. Internet searches for Dubina point you to Throne. 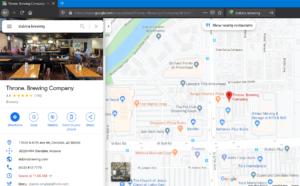 It was really disappointing to see the great Dubina logo casually spray-painted over on the front door. 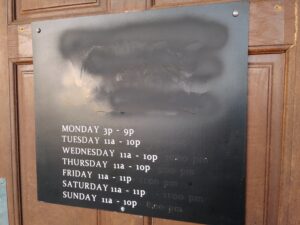 I would have likely bought that sign on Thursday. Now...not so much.

According to a server, the sale has been in the works for nearly a year-and-a-half. It evidently takes that long to transfer brewery licensing, banking details and ownership rights. And I thought real estate in California was bad.

So, what about the beer? Where will we get our Blood Orange Bell Road IPA now? The good news, I’m told, is that Throne will inherit Dubina’s recipes and continue to brew the same beers. I do hope Throne is able to maintain the brew quality. Over the last two years or so, Dubina has been kicking out some great brews in addition to the Blood Orange IPA, including their Scottish Light, Kolsch, and Maple Ale. 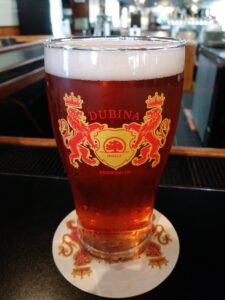 Take one last look, everybody.